It is the last night for the Othello directed by Richard Twyman, Artistic Director of English Touring Theatre. The show is a contemporary version of the Shakespearian tragedy for the 2017 season of Shakespeare and Classic Drama by Shakespeare at the Tobacco Factory Theatres.

Since February is on the scene a contemporary version of Othello, interpreted by Abraham Popoola, Norah Lopez Holden, as Othello and Desdemona, just graduated to the RADA; Mark Lockyer, as Iago and Piers Hampton in Cassio’s role. In a minimal, modern and symbolist key, the cast tell is the sequence of events that will lead to Othello’s tragedy.

The performance offers us a demonstration of the actuality of the theme that crosses the story; but what we can learn from Othello’s story?

Othello was performed for the first time in 1604 in London. It is based on Un Capitano Moro(“A Moorish Captain”), a story written by Giovan Battista Giraldi Cinzio, a disciple of Boccaccio, in 1565. In the Italian version, the texture of the plot is already delineated, but it was Shakespeare who gave name and form to the immortal characters of the original tragedy. Othello, the Moorish, is strong and brave; Iago, jealous and mad; Cassio, loyal but too weak to help his friend, and Desdemona, whose innocence remained uncorrupted until the end.

The tragedy was already controversial at the time it was written, but it assumes even more relevance today. It deals with the familiar themes of racism, love, jealousy, betrayal, revenge and repentance. As in the original version, the tragedy as portrayed by Richard Twyman started in Venice, with Othello who secretly married Desdemona and pretended to be Christian to be accepted by others. The story moved to Cyprus when Othello was called to protect the island from a Turkish attack. Even today, a strong cultural divide between Greek and Turkish influences is still prevalent in Cyprus, meaning that there still exists a live debate about the identity of the island. In the background, the theme of religion silently crosses the whole performance, making us reflect on how religion, cultural origin and tradition still play a necessary role in our judgments and beliefs.

The peculiarity of this version of the play is, however, the presentation of human feelings alongside the race thematic. The characters achieve this by being relatable to a modern audience, allowing us to deeply empathise with their experiences. Presented with a casual and smart contemporary style of costume, Othello and Desdemona are two young people that we could meet in Bristol during a night out. Iago is older, however, his mannerisms make him seem like the grandfather you always wanted to tell you a story. Cassio could be your good friend who always ends up making a mess with his life, and being unreliable despite his good intentions.

The story follows the original plot but, because of the simplicity of the presentation of the characters, you feel you could be in exactly the same position as them. The play reminds us how much we are conditioned by other people’s opinions, not only on how we think about racial issues, but also on our personal approach to relationships. Instead of believing in the words of Desdemona, who continually professed her love and never lied to him, Othello was contaminated by the opinions of others around him. Instead of trusting her, he chose the easier option of accepting the predictable story that was presented to him as the truth. And at the very end, when he finally discovered the true web of deceit that had been constructed around him, he asked to be remembered for who he really was, before the germ of jealousy had infected him. 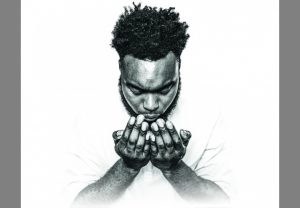 But can we really cross this line between before and after? Can we distinguish the authentic ‘self’ from that which is corrupted by false ideas? Do these false ideas remove our responsibility for our actions?

We are influenced every day by other opinions, and we form our own one about politic, society, culture and relationship. However, even when we are hardly influenced by someone else, it is still our own “self” that makes judgments. We are still there, and our actions are still our own responsibility. This version of the tragedy made us reflect on our fragility: we live in a world of “social fear”, and we are so scared to be hurt or betrayed that we end up forgetting that trust is the only way to really get close to others and authentically get to know them. But trust means risk. It means to expose your self in a position where you are fragile, where you have any control on other people’s actions, but just hope and wait to see if your trust has been placed in the right hands.

The world we are living in is getting faster and smarter every day more. However, there is not a fixed time or an app we can use to classified human feelings or different personalities. Too often we forgot that the time and the “categories” we set up for our society it is our own structure, and this isn’t necessarily the world is supposed to be. Othello chooses to not wait and see with his own eyes if Desdemona was telling the truth; he couldn’t wait, he had to make a decision and determinate for her how it was supposed to be.

Probably, on a smaller and less dramatic scenario, we all act in the same way with the people around us. Maybe the strengths of this version of Othello is making us realise that often we were blind in our judgment because we can’t wait to see the whole scene or leave to the others the chance of showing how they really are. We focus only on details we feel relevant, on the characters we can easily recognise, like race, religion or background, constricting the people around us in a label that works for us. Because labels make us feel safe.

Maybe we can learn from Othello’s mistake and try to be braver. Try to trust the one that we have around, with their defect and beliefs, with their mistakes and imperfections, with the complexity due to different origins and backgrounds. And finally, accept that we are not perfect either. There is no path, religion or way of acting that will make us perfect, that will guarantee us always the right choice, as we are all human. Scared, imperfect, silly humans. Perhaps, it is indeed in this imperfection that we can find who we really are.