“Jupiter in Saturn” debuts tonight at Fondaco space with the works of Fabio Timpanaro and the sounds of Luca Longobardi. Curated by Nero Gallery, this exhibition is an anticipation of a show that will run in January to celebrate Twin Peaks of David Lynch, host of honour of the 12° edition of the International Film Festival of Rome.

David Lynch is one of the most innovative and eclectic firms of contemporary filmmakers. In occasion of the 50° anniversary of his career, the International Film Festival of Rome invited the director to tribute his works with the Premio alla Carriera. Master of uncanny, surreal atmosphere, twofold meaning and lack of linearity, Lynch is a director, screenwriter, producer, painter, musician, actor, and photographer. Parallel to the award ceremony, Nero Gallery organised a pop-up event to celebrate Twin Peaks, the famous series that has revolutionised the world and the language of TV shows. 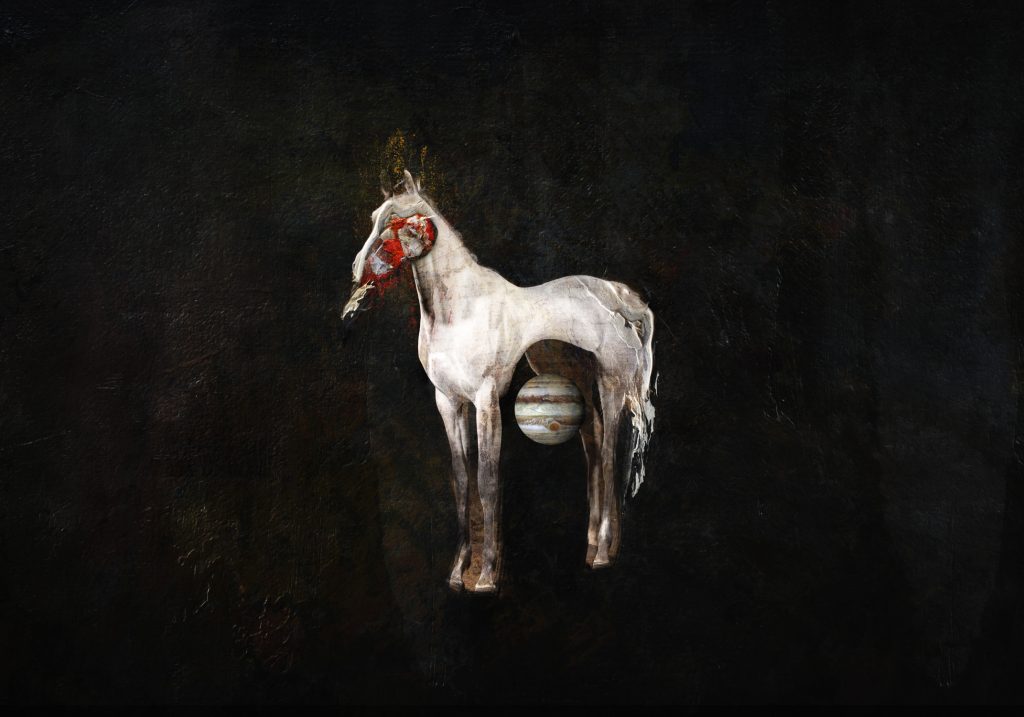 “Jupiter in Saturn” is an exhibition that collects the works of Fabio Timpanaro, digital artist and creative director who dedicated his last works to the disquieting story of this small logging town five miles south of the Canadian border. Working on the mystery around the characters and the surreal atmosphere of the village, the artist offers us an overview of the peculiar symbolic language that makes Lyncian’s works open to several interpretations. Lynch inspired Timpanaro not only for the peculiar innovation of his works, but also for his artistic exploration. The works presented at the exhibition are characterised by an original combination of photography, digital and oil painting, which reflects the mystical and symbolic universe of Twin Peaks. In conjunction, Luca Longobardi curated an audio installation entitled 2357, that plays with the timbre and metric research of the sound imagery of the surreal world created by Lynch.

While we are waiting for the collective exhibition that will be run from January at the Nero Gallery, this anticipation makes us think about how the director is not only an inspiration for the world of cinema and photography, but also for the artistic research in a broader sense.  The peculiarity of this tribute is the creative play that Timpanaro and Longobardi have to engage with their own medium and the open interpretation they left to the viewer, rather than a linear and clear reference to an artist that cannot be classified because of his individual exploration.