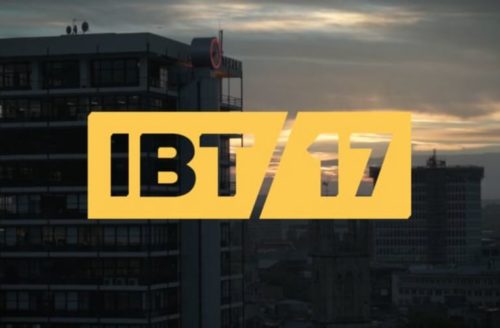 Since it started in 2001 as a part of a live project in Arnolfini, In Between Time became an independent organisation in 2009. From the beginning, the idea was to push out radical live performances from the usual art spaces to interact with people in alternative environments. According to this philosophy, 40 artists have been called to present cutting-edge pieces to involve visitors on a deeper, interactive level and challenge the canonical boundaries between disciplines.

The festival opened silently with Ghost Dance, a 12 hours dance by Lone Twin dressed as blindfolded cowboys. From Midday to Midnight the performers never stopped their dance, perfectly matching each other’s steps, with people joining them to dance against fatigue and pass time. Meanwhile, Lone Twin’s Beastie, created by children’s imagination, popped up unexpectedly to go around the city dancing with people and playing with children.

Arnolfini, the core of the festival, hosted talks, short films and participative performances. Some particularly interactive and innovative examples include Race Cards, a public forum project by Selina Thompson that exposed racial tension; Undress/Redress, a live performance by NoëmiLakmaier on the ambiguity between consent and tolerance in the act of being undressed and redressed by a man; and Vesper Time by Stacy Makishi offered an “evening prayer” to reflect on ageing and on acting before is too late. Finally, Triple Threat was a trash step-dubpunk morality play for the modern world by Lucy McCormick.

Various performances spread across other locations, like Workshyby Katy Baird, where the artist reflected on having, or not having, a job today and dealt with the relationship between labour, class and aspiration. A particularly interesting project was, that selected 45 Bristolians and individually coached them for this performance on stage, when the people met for the first time to dance together.

The performers also worked outdoors, on the city streets with Rita Marcalo’s project Dancing with Strangers: From Calais to England. Starting in the Calais”Jungle”, this project was the result of a workshop with refugees and it involved people on the street to dance with strangers. The festival went even further with Woodland, where the artist duo French & Mottershedcreated a meditative audio work in the woods with a self-portrait of the body after death.

The brave and risky programme reflected the mood of the work of the organisation over the years, focusing on the idea of making art to express meaning and actively involve people in the performance itself. However, the festival this year assumed a slightly different meaning. As the bravest festival yet, Stand up Stand out was not only a chance for the artists to present avant-garde pieces of work, but was also a call to take a position and stand up for what you believe regarding the global realities that we face as a society.

And this call to stand is not meant only for the artists, it is a call for everyone. Brexit, Trump, social injustice, gender, racism: these are important and unavoidable faces of the world we are living in. As much as our political situation is bringing us to reinforce the cultural and geographic boundaries, the art is blurring the boundaries between disciplines and art spaces to open up the possibility for taking art and culture in unexpected new directions.

It is hard, if not impossible, to provide a single solution to our global problems and change the world. However, the art can open a conversation between us, forcing us to reflect on our reality from unexpected angles. And, maybe, it can open our mind to the controversy that characterizes our society.